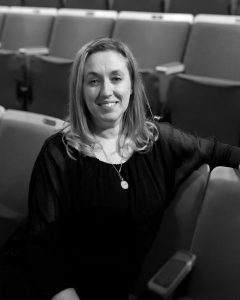 Kate is a UK based theatre director. She specialises in new musicals and making work with & for young people. She is an Associate Artist of the Singapore Repertory Theatre, for whom she has developed and directed a catalogue of children’s shows over the last ten years, seen by around two hundred thousand primary school aged children.

Alongside directing she also works as a dramaturg and development consultant on new work, particularly in the field of new British musicals. She is a member of SDUK.

Kate was one of the finalists in the 2009 JMK Trust Award for young directors with The Crucible.

R and D for Posterboy – a stage adaptation of the book Out in the Army by James Wharton.

Jack and the Beanstalk for The New Wolsey Theatre, Ipswich.

Musicals – particularly development of new work.
Making work with and for young people.